Music is our first love 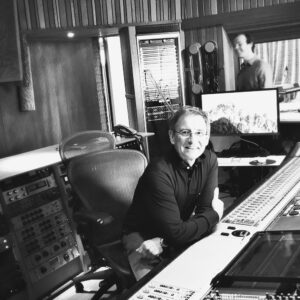 With Samba Pa Ti from Santana. I loved this piece so much, wanted to be able to play it. I am a self-taught guitarist, first listening to the Rock-gods of that time (Jimi Hendrix, Deep Purple, Led Zeppelin and Santana), later Larry Carlton, Robben Ford, George Benson and with a love for the music of Steely Dan, Donald Fagen, Sting, Yellow Jackets. With a notion of bass, drum and piano and with the music computer programs such as Notator, later Logic pro, I started to make music myself.

To my great surprise and delight I could count on the participation of professional musicians, who were also fond of the compositions.
Frank Deruytter (Sax and vocals) (OTO-machine, Peter Erskine) and Didier Deruytter (Keys and vocals) (Ozark Henry) were the cornerstones of this project.

While the previous CD “Written in my Skin” was still being mixed and mastered I already had about 6 new songs ready for the next CD. The music usually comes earlier than the lyrics and although sometimes difficult to find a subject, others come by themselves. “A Hole in the Sky” was written in 2016 at the time of the religiously inspired terrorist attacks. “On s’est Trumpé” was created on election day in the United States.The reason for “Fade away” was the progressive dementia in a family member. And the title song “Mystery Solved” was created from the perspective of the MS patient, as I experience it daily in my practice. To strengthen the chorus in this song we called on Gospel singers.

I cherish the moments when the musicians gave me goose bumps with their beautiful performances and interpretations and I can’t thank them enough for that. Deepest respect and big hug to you all! 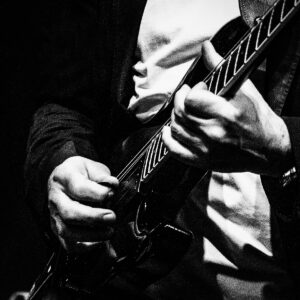 What I’m looking for and trying to do in the compositions is to find a compelling part for every musician, with room for soloing as well. I’m not looking for kick effect music but for music that becomes more interesting the more one listens to it. I admit that Steely Dan and especially Donald Fagen are my teachers but believe me: I don’t pretend to match their work.

Jazz chords on funky rhythm roll together with puzzle pieces of guitar, keys and horns into a harmonious arrrangement. Interaction between hearing and feeling – I had no real musical education-  are my directions for putting together rhythms, beats, chords, riffs, melodies to create a song.

I am delighted that OTO machine plays a song ‘If Ever’ from my first album and edited it on their album ‘Funkland’.

A small effort for a big result

Mystery Solved vzw wants to break barriers in research for the cause of MS. Besides awareness we have to raise funds. Therefore we need your help. Any contribution starting from 1 euro can do so much. Let your heart speak and help us find a cure for this disease.